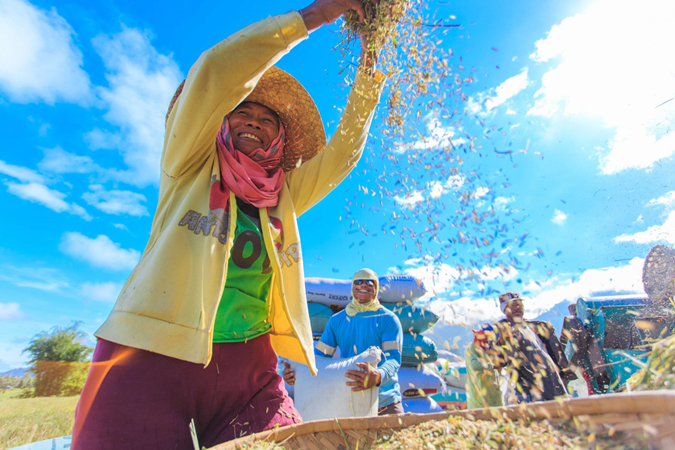 THE Department of Agriculture (DA) hopes to achieve a two percent growth in agricultural production this year despite failing to meet the target in 2019 as the African Swine Fever (ASF) outbreak is seen to continue weighing on the livestock sector.

In a separate statement, Mr. Dar acknowledged the “modest growth” of the sector in 2019.

“While the challenges are formidable, ushered in by the eruption of Taal Volcano, the DA will remain firm and focused to fuel the revitalization of the country’s agricultural sector, which is counted as one of the three major economic growth drivers in 2020,” he added.

As reported by the Philippine Statistics Authority (PSA) on Jan. 22, agriculture output, which contributes less than a tenth to gross domestic product (GDP) and around a fourth of the country’s jobs, expanded by 0.7% in 2019. This was slightly higher than the 0.6% in 2018 but fell below the 2.5-3.5% target range for farm output growth under the 2017-2022 Philippine Development Plan, as well as the Agriculture department’s two-percent growth target last year.

Livestock, which accounted for 17.3% of total output — contracted by one percent in 2019, a turnaround from the 1.9% posted in 2018. Hog production likewise shrank by one percent last year versus the 2.4% growth previously.

Meanwhile, Mr. Dar downplayed the possible impact of detected cases of ASF in Davao Occidental over the weekend, saying the 1,000 hogs culled from a total of 13,000 in the coastal town of Don Marcelino in Davao Occidental is not big enough to affect the current supply in the province.

“It’s not such a significant number if you look at the total agriculture inventory in the country of about 12 million hogs to those of Davao Occidental at a hundred thousand,” he said.

Mr. Dar, however, mentioned that total losses from ASF incidence in the country may already amount to as high as P7 billion based on the previous DA estimate of a monthly “opportunity loss” of P1 billion. With six months of continuous cases since July last year, the losses accumulated to P6 billion plus the P1 billion allotted for the indemnification fund of hog raisers.

The Agriculture chief assured that the local government units in Davao Occidental remained in close cooperation with the DA in conducting the inventory of swine population and monitoring animal movement in line with the 1-7-10 protocol implemented in ASF affected areas.

The department follows a 1-7-10 quarantine procedure in case of a suspected outbreak, with hogs within a one-kilometer radius to be immediately culled and buried while the area is disinfected. The next layer is a seven-kilometer radius, defined as the surveillance area for testing and sampling. Within 10 kilometers, the entry and exit of animals is strictly monitored.

Both Don Marcelino and Malita are in a total lockdown where transport and sale of hogs, pork, processed pork, and by-products are prohibited.